What is Pilates – Why is it so important for your body? 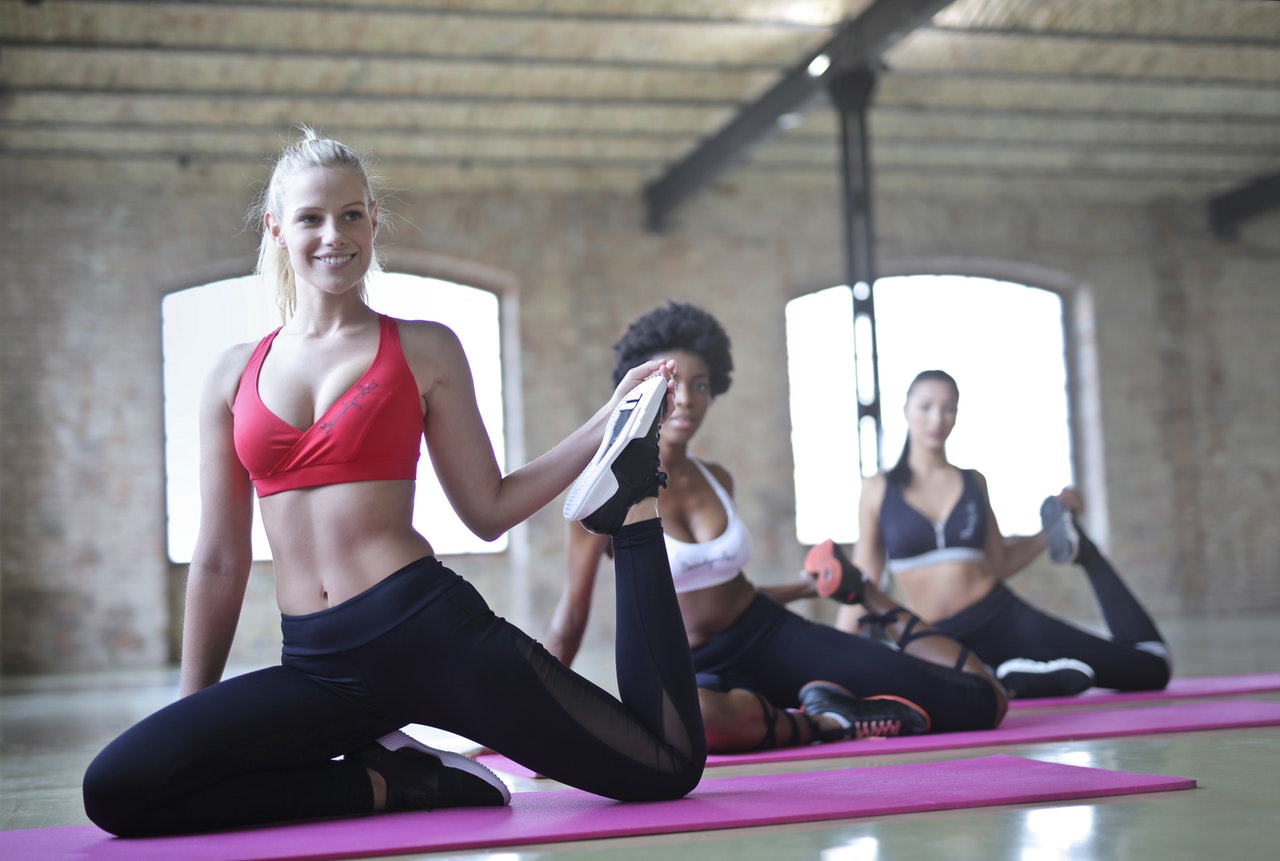 As some of you may know we are big advocates of Pilates here at Kennington Osteopathy. We’ve been running classes, with a huge degree of popularity, for some time now and we thought its about time to get out a post to highlight the many benefits.

Many people who come to us already engage with the more popular practice of Yoga and wrongly dismiss Pilates as the lesser of the two but this couldn’t be more wrong. Hopefully we can clear up some of the myths and wrongful assumptions so that you too can benefit from the wonder that is Pilates!

The first thing I should say is that it isn’t a case of one or the other, they actually perfectly complement each other and we highly recommend both but the key difference to highlight is that Pilates is considered a ‘workout’ and Yoga a ‘practice’. Don’t get us wrong though, both take practice to get the best out of them and any one who has done both will tell you Yoga can feel like just as much of a workout as Pilates.

As trained instructors it is easy for us to spot the differences and where they may overlap but the best way to make the differences clear is first to educate with a little history lesson on Pilates. Also trying both with trained professionals is the next best step thereafter. From there you can ‘listen’ to your body and uncover just how each is benefiting you, your sense of well being and ultimately your ease of movement. 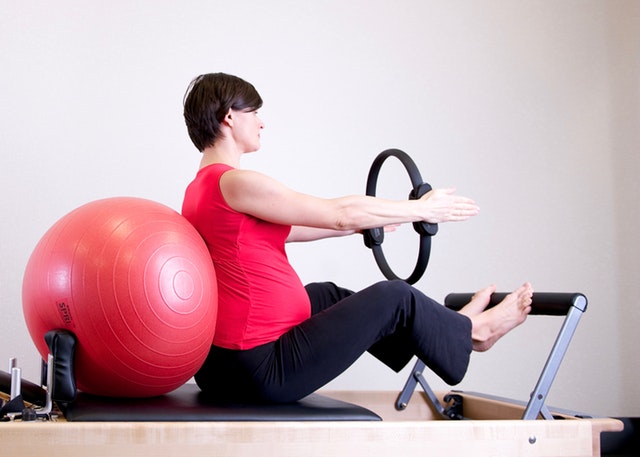 Joseph H. Pilates, born 1880 in Dusseldorf, was plagued by a number of difficulties as a child. He suffered greatly with rickets, terrible asthma and rheumatic fever among other things. Spurred on by the adversity that he faced on a daily basis he began to focus his time on studying the wealth of exercise routines from across the ages (ancient Greek and Roman approaches were a particular favourite) and from all four corners of the globe.

His dedication to exercise not only improved his own situation but his success story and enthusiasm began to rub off on those around. By the age of just 14 he was engaging in a wealth of intensive activities and sports that would have previously been out of his reach. A keen gymnast, diver, skier, and even wrestler, it was clear his extensive study of exercise had paid dividends. So remarkable was his story that he was even approached to pose as a model for anatomical charts to be published in scientific research cases.

By the time that World War One had started to take its toll he moved to England and led exercise routines which were adopted by many in the camp he was based.

The routines he had developed and personalised were wholeheartedly embraced by many and it is said that not only did the attendees boast that they felt ever stronger and more agile but it is also claimed that those who adhered to his regimes were far less affected by the influenza epidemic due to increased overall health.

It is worth noting that the Spanish Flu epidemic in 1918 claimed the lives of around 50 million people worldwide. Around a fifth of the entire world population is though to have been affected.

Known for his compassionate, generous nature he began to hone his work by helping the many injured soldiers who had returned from the horrors of war. Focusing his efforts on helping severely injured and disabled soldiers he began constructing machines that would aid recovery and mobility by utilising springs from old hospital beds to produce various pieces of apparatus that would help regain strength and improve overall mobility in the limbs and spinal regions. The success of these prototypes paved the way for the specialised equipment that is still used in Pilates clinics and studios to this very day, so we have a lot to thank Joseph for!

Pilates referred to his approaches as ‘Contrology’, which is a very apt name considering his focus on regaining and maintaining uniform control of the body’s muscular and skeletal structure. He also believed that the benefit made with the body had a far reaching benefit on the mind and well being, how many times have you heard, or even said the phrase Healthy body, healthy mind? A fair few we’d wager!

This quote from Joseph Pilates sums up his thoughts on ‘Contrology’ perfectly;

“Contrology is complete coordination of body, mind, and spirit. Through Contrology you first purposefully acquire complete control of your own body and then through proper repetition of exercises you progressively acquire that natural rhythm and coordination associated with all your subconscious activities. It develops the body uniformly, corrects wrong postures, restores physical vitality, invigorates the mind, and elevates the spirit.” 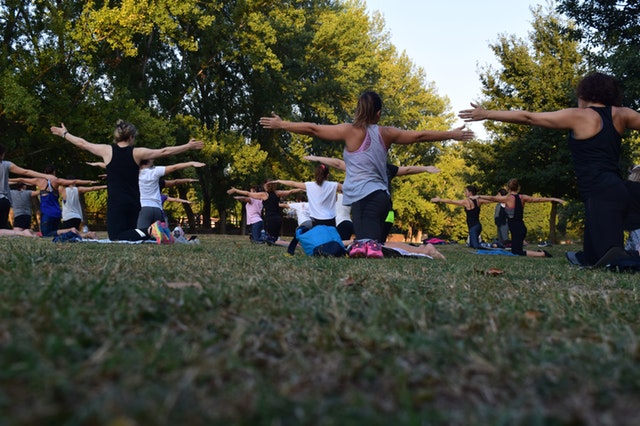 Essentially Pilates is a non-impact exercise regime that is often referred to as ‘Moving Meditation’ due to its emphasis on both mind and body alignment. In this way it is similar to Yoga but it would be fair to say that Pilates focuses more on the sculpting of the body in a more scientific fashion than the ancient teachings and associated meditative back story of Yoga.

Pilates despite being non impact can certainly be a workout as mentioned previously, the focus really targets core strength which is where it ties in with the Osteopathy work we do. Improving your core stregth has a direct impact on your entire posture, especially the spine. This in turn improves your capacity for breathing and the fluidity of your movements.

As Joseph Pilates himself is quoted as saying;

Pilates really is for everybody so if you’d like to learn how it can help you don’t hesitate to fire any questions you have over to us here at Kennington Osteopathy. Places are becoming increasingly limited but we are keen to start offering more classes to keep up with demand.

We now have 3 AM classes after recently starting our second nature beginners class in October due to its popular demand. We currently have a Tuesday 10:00 and 11:15 which are mature beginners and a wed 10:00 which is mixed ability.

We run 4 PM classes with our partner ‘Pop up Pilates’ three classes are held at the practice and due to such high demand we have outsourced a class to the St. Swithins hall.

Our PM classes run on Tues, 18:00, 19:00 and 20:00, then Thursday 18:30 at the church hall. For further details you can visit the Pilates pages at www.osteopathyoxford.co.uk/Pilates or www.pop-up-pilates.com

Come and start your journey to a new improved body today!